Skip to content
Glowing trees no longer only exist in fairytales! 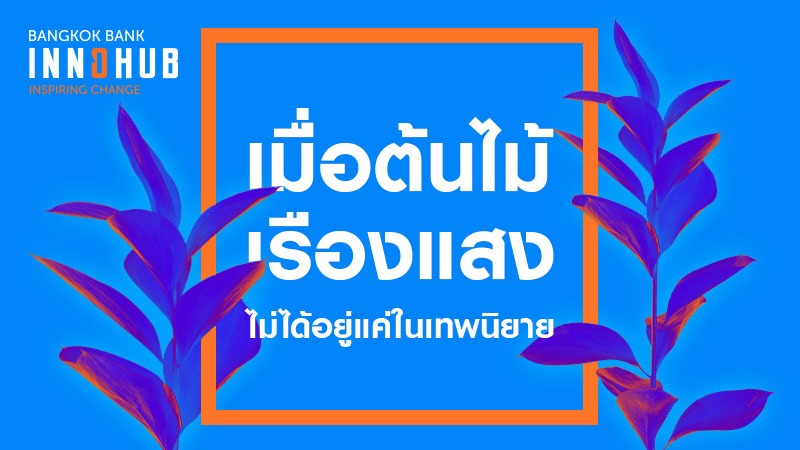 Science has proven our imagination can become reality, whether by going to the Moon or turning wind into electricity. Now, scientists are making trees that can glow at night as a potential replacement for street lights. Can these glowing trees produce enough light for us to actually use them? Let’s find out!

This idea originated from MIT scientists who were studying natural light produced by organisms such as fireflies, a type of algae called Noctiluca, and some types of jellyfish. This glowing property, called bioluminescence, is caused by a chemical reaction of an enzyme called Luciferase which produces light without the need of electricity. The scientists used nanotechnology to embed the enzyme (and some other molecules found in such fireflies or algae) within a plant’s structure making it glow faintly in the dark for about four hours. The experiment has so far been successfully reproduced with four types of plant — rocket, spinach, kale and watercress.

This innovation currently faces many limitations and difficulties. It is challenging to put foreign molecules into other organisms, in this case plants, without destroying the host organism. Furthermore, the glowing plants neither produce enough light nor glow for a long enough time to be of practical use. Some biologists are also concerned that the creation of glowing trees will affect the ecosystem and other animals that use them as a habitat. 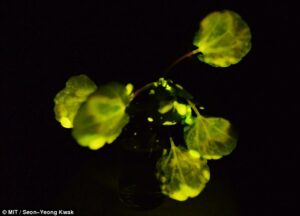 Although the dream of creating glowing trees is still in progress, if it is successful, scientists anticipate they could be used as a replacement for streetlights which could help decrease carbon dioxide production in a large city by 40,000 tons per year, on top of significantly reducing electricity costs. We might only have a small range of faintly glowing vegetables right now, but if we keep developing them, it’s possible we may have glowing-tree-lit streets in the future!

Headquarter: Thailand
About the company: SMEs who trade with large organisations often suffer from long payment terms and late payment. InvoiceInterchange is a P2P invoice-trading marketplace that allows SMEs to raise immediate funds against outstanding invoices by selling them to investors. This unique approach gives businesses control and flexibility to manage their cash flows on their own terms. At the same time, accredited investors (high net worth individuals, asset managers, family offices) have the opportunity to invest in a new asset class i.e. trade receivables that are secured, liquid and with high risk-adjusted returns.

First Circle is the first digital SME lender in SE Asia serving underbanked SMEs with the finance they need to grow.

Headquarter: Philippines
About the company: With a team led by former associates of Morgan Stanley, McKinsey, Ci Labs, and the team who led the EM roll-out of the CompareAsiaGroup, First Circle provides productive credit to SMEs in developing markets. It partners with eCommerce platforms, payment service providers, trade bodies, and online originators to reach and serve business owners at scale. The process takes 1-3 days to complete with SME’s submitting traditional and alternative data in support of their application. In addition, First Circle uses technology to drive process automation including KYC and underwriting.

Everex is the first microfinance platform on the Ethereum blockchain that is based on stable-coin (fiat pegged and backed).

Headquarter: Thailand
About the company: Everex is a financial inclusion blockchain remittance company using the Ethereum blockchain to create “cryptocash” assets, which are pegged to units of fiat currency and tethered to the P2P network. With a vast number of underbanked global citizens, Everex performs cross-border transactions by collecting and analyzing a user’s financial and personal data as a basis for blockchain-based credit scoring and lending offerings. By implementing this solution, Everex furthers financial inclusion and access to capital in developing markets.

Bento powers banks and wealth managers with institutional portfolio construction tools, including strategic and tactical asset
allocation which benefits their end clients by utilizing technology at a low price point.

Headquarter: Sweden
About the company: Covr Security provides a unique app-based mobile security and management solution – it is a platform that offers user-centric management of personal data and mobile security. Covr’s solution addresses the security threats hindering trust in mobile environments as well as the issues affecting mobile end-user engagement. Through a secure connection between the end-user’s device and any digital solution, Covr ensures the correct individual gains access to data, funds, or a physical space. As a result, this creates a password-free environment for all users.

FundRadars is helping everyone to invest with an all-in-one simple mutual fund analytics and e-investing platform.

Headquarter: Thailand
About the company: SiamSquared Technologies (Thailand) Co., Ltd. is a Bangkok based investment technology firm. It launched StockRadars, an application principally designed to simplify investment for everyone which has now surpassed 500,000 users to-date. It extended its range of service to the mutual fund market which eases the decision-making of fund investment for all.

Canopy is a “make sense of your data” company – It is a powerful aggregation, visualization, analytics, and reporting tool to help wealth management professionals and high net worth individuals make superior decisions.

Headquarter: Singapore
About the company: Canopy is a powerful account aggregation, visualization, analytics, and reporting platform to help financial institutions, wealth management professionals, and high net worth individuals make superior decisions. By aggregating all the data from different sources in one place, the visualization and analytics are available on a web-based interface for desktop and mobile and available in Email, Excel or PDF reports. With to-the-cent accuracy, Canopy provides wealth management experts with a professional tool for client servicing and enables individuals to make accurate and reliable decisions.

Bambu is an Asia-wide B2B Robo-Advisory firm offering financial and non-financial firms the ability to integrate and benefit
from the shift in digital wealth.

Headquarter: Singapore
About the company: Bambu is a B2B Robo-Advisory software firm offering financial institutions and consumer brands the ability to integrate and benefit from the ongoing digital transformation in wealth management. It is looking to market its services Asia-wide, capitalizing on its traction to tap the growing robo-advisory market.

Headquarter: Singapore
About the company: AntWorks™ is a global, artificial intelligence (AI) and intelligent automation company; creating new possibilities with data through automation, digitization, and enterprise intelligence. They provide a unique integrated, intelligent, automation enterprise-level product that is powered by Fractal Science.

Headquarter: USA
About the company: CryptoMove Tholos is the world’s first and only key and secrets management product that protects API keys, tokens, certificates, and other application secrets with decentralized moving target defense. Moving target defense technology is a security paradigm shift and identified as a priority by global banks, MIT, NIST. CryptoMove launched after years of stealth R&D and is globally patented.

Headquarter: Singapore
About the company: EYWAMEDIA is a multi-award winning futuristic cross screen customer engagement and experience venture that enables brands to engage their most potential-loyal customers based on offline-online data across screens (TV, Radio, Cinema, App, Web, Social, Print, Billboards, Stores) to make the best match between products and preferences of customers!

The future of commerce​ personified by AI ​​ #EverywhereCommerce​

Headquarter: Singapore
About the company: Jumper.ai is an AI powered platform enabling brands to capitalize on social media posts to create engaging customer experiences and also turn it into a point of sale, in an instant. No websites to build, no apps to download. Jumper.ai auto responds to buying signals and trigger events on social media to create immediate rapport, context, engagement and sales pipeline with more prospects.

Pand.ai is the leading conversational AI specialist for financial institutions in Asia.

Headquarter: Singapore
About the company: Pand.ai is an artificial intelligence startup that specialises in deep natural language processing. We develop the underlying algorithm that powers “smart chatbot”​, i.e. the ones that understand the semantics of an entire sentence and retains contextual memory, thus making conversations more “human-like”​. We are currently serving Global Fortune 500 companies across Asia.

Headquarter: Thailand
About the company: Pymlo develops a simple back-end accounting platform for SMEs and startups to manage business operations and accounting for a fraction of the time and price. We seek to bring Asian SME’s accounting to the modern world, showing them the ease of digitizing accounting and the benefit to connecting to the wide financial world.

Sepulsa is a bill payment aggregator for online and offline channel

Headquarter: India
About the company: Vymo improves productivity metrics such as conversion percentage, turnaround time, and sales activities per opportunity and has a revenue impact of 3-10%. With Vymo, salespeople can focus on high-ROI activities so that their time is not spent reporting data.