Bring Notre Dame back to life with Digital Scanning 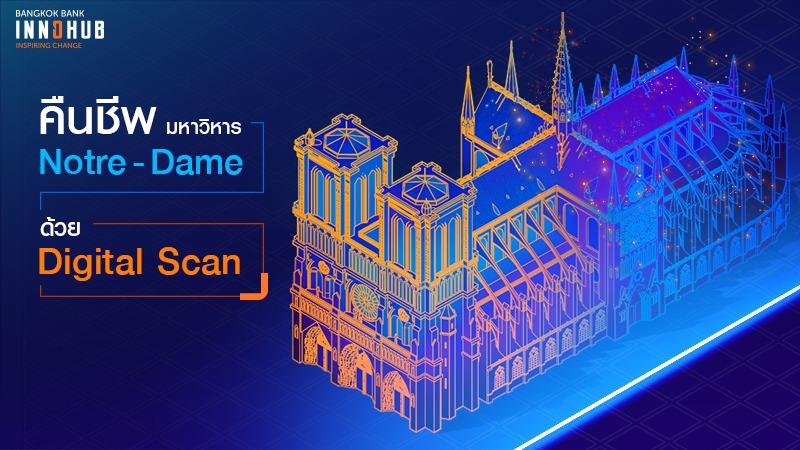 Bring Notre Dame back to life with Digital Scanning

The tragic news that the Notre Dame Cathedral, one of the most important historical landmarks in France and the world, was on fire shocked people around the world. Although there were no casualties at the scene, the building still suffered significant damage and even though an investigation is still taking place, a plan is already underway for its restoration.

Thanks to new Digital Scanning technology, Notre Dame has a high chance of recovering its former glory despite the tragic fire. But what is Digital Scanning? This is technology in which slides of photographs are converted to high-quality digital models. The digital scanning of the gothic-styled architecture was done by Dr. Andrew Tallon, who created a 3D model of Notre Dame before his death in 2018. The scanned photos and model will be used to restore its original historical architecture.

Dr. Tallon was renowned for his work with lasers to re-create gothic architecture and to capture every corner of Notre Dame. He used a Leica Geosystems laser scanner with a laser beam to measure the distance between the scanner and the surfaces of the building. Dr. Tallon used the laser to mark the entire structure and scanned every part of it from the inside to the outside, scanning the building 50 times within the span of 5 days. He also took high definition panoramic photos to create a 3D map of the place with the help of the laser scanner.

Dr. Tallon obtained one billion dots of data using the laser which the software displays in the form of 3D pictures. When you put all this data together with the 3D map, it can be used to create a detailed digital model of the structure. This technique is better than ordinary photographs as laser scanning is much more accurate than traditional photographs which are not accurate enough to be used as a references for the reconstruction.

One of the intriguing discoveries from this highly accurate scanning method was that the main pillars of Notre Dame are not actually aligned. This could be because it was rebuilt on an original structure – an interesting fact regarding the building’s history. The data collected will not only be useful for the restoration but it can also be used to make construction adjustments so it will be able to stand for a long time.

Although Digital Scanning is costly, it is worthwhile given that it will be used to restore an ancient building almost a thousand years old, that many people may only see once in their lifetime. It could also be used to preserve some beautiful and valuable architecture in Thailand.