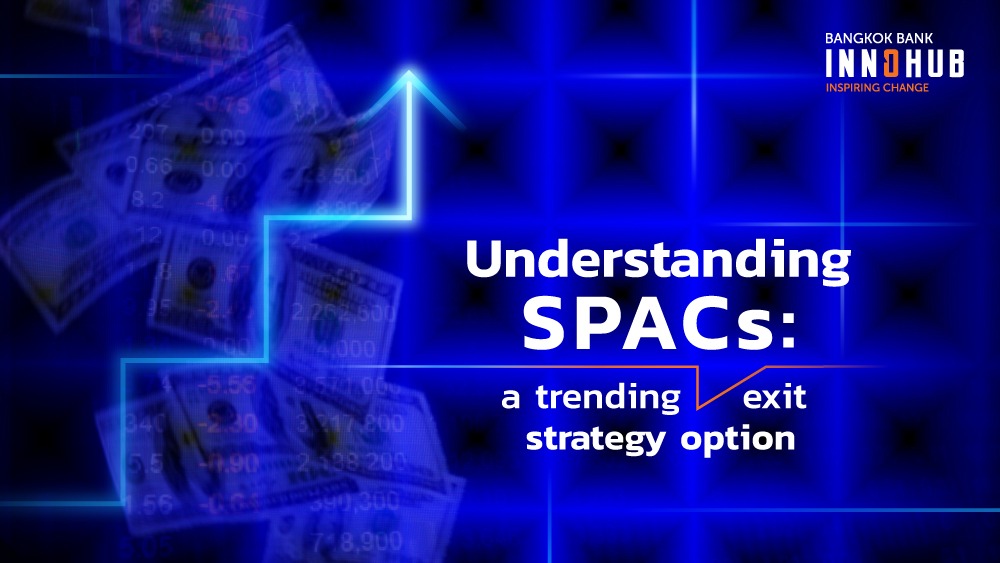 Special purpose acquisition companies (SPACs) have seen a remarkable surge in popularity in recent years. In 2020, gross proceeds received from SPAC transactions totaled nearly six times the value of such transactions in 2019 – with a similar rate of increase continuing into 2021.

But what are SPACs, and why are they so appealing to entrepreneurs and investors alike? To understand, we must first look at the traditional startup model, and some of the challenges it creates for founders.

Startup founders usually plan beyond their initial association with the company they create. Their exit strategy may involve going public, or selling the business to make a profit. The method may change depending on circumstances, but common types of exit strategies include mergers, acquisitions, bankruptcies, and IPOs.

IPOs are potentially the most lucrative of options, often lauded as the “holy grail” of exit strategies. Going public can be very profitable for businesses (as well as their founders), and can generate considerable publicity surrounding the brand.

However, IPOs also come with extraordinary amounts of paperwork, extensive obligations to shareholders, volatility in the price of shares, and a number of other risks and headaches – especially when taking into account the type of market fluctuation seen across the business world since the pandemic began. Given all these obstacles and sacrifices, going public the traditional way may not be the best fit for some companies.

A different approach to public offering

SPACs offer an alternative exit strategy for entrepreneurs looking to move on to new ventures. Essentially, a SPAC is a publicly held company set up with the sole purpose of acquiring private companies. SPACs can have a wide range of investors (also called sponsors), often including company founders, executives, and venture capitalists.

SPAC funds cannot be disbursed for any reason other than acquiring a target company or paying money back to investors if the SPAC is liquidated. This singular purpose helps explain why a SPAC is also referred to as a ‘blank check company’.

After acquisition, the target company is taken through the process of being publicly listed, usually on a major stock exchange. The burden of the IPO application is carried by the sponsors of the SPAC instead of the owners of the target company.

The appeal of this arrangement has given rise to its popularity – even among major private sector success stories. For example, the Singaporean food delivery and digital payment app, Grab, has reportedly entered talks to go public via merger with a Silicon Valley SPAC. The agreement may become the one of the biggest blank-check deals ever, with the potential to value Grab at $40 billion.

The rise of SPACs reflects shifting calculations among entrepreneurs as they consider their exit strategy. As today’s company founders weigh their options, it is worth looking closer at what SPACs have to offer.

When we consider the perspective of an entrepreneur, we find that selling a business to a SPAC has several advantages when compared to other exit strategies, such as undergoing a traditional IPO. These include:

Value vs. cost – A SPAC deal can deliver a far higher overall sale price than a standard business acquisition, as public investors tend to pay more than private buyers. Moreover, the total fees for publicly listing a company through a SPAC transaction are significantly lower than those for a traditional public offering, and a large part of these costs are shouldered by the SPAC sponsors. Particularly for smaller companies, the lower ‘cost of entry’ enabled by SPACs can be enormously appealing.

Speed to market – A business acquired by a SPAC can be publicly listed on a major stock market within a few months – much faster than proceeding with an IPO by itself, which can take years. This speed advantage is especially significant for SPACs led by sponsors who are experienced investors.

Established investment – A SPAC has a secured, long-term group of public investors. An entrepreneur selling their business to a SPAC can avoid much of the guesswork behind the IPO process, and instead have the assured investment of the SPAC sponsors.

Price certainty – Unlike IPO, the price of a SPAC transaction is pre-negotiated between the seller and the sponsors. A company’s value is more reliable when set ahead of time under an acquisition, instead of being decided on the night before a public listing. With a SPAC deal, an entrepreneur can enjoy the potential for higher profits with an IPO, while avoiding swings in the broader market.

Every entrepreneur wants to make the most of their business venture. By essentially outsourcing the IPO process to sponsors, SPAC transactions let growing startups pass on the task of market expansion to experienced investors, so that they can focus on the core of their business.

With the full support and mentorship of InnoHub’s accelerator program, entrepreneurs across Thailand can optimize their startups, including seeking the best exit strategies for their business. 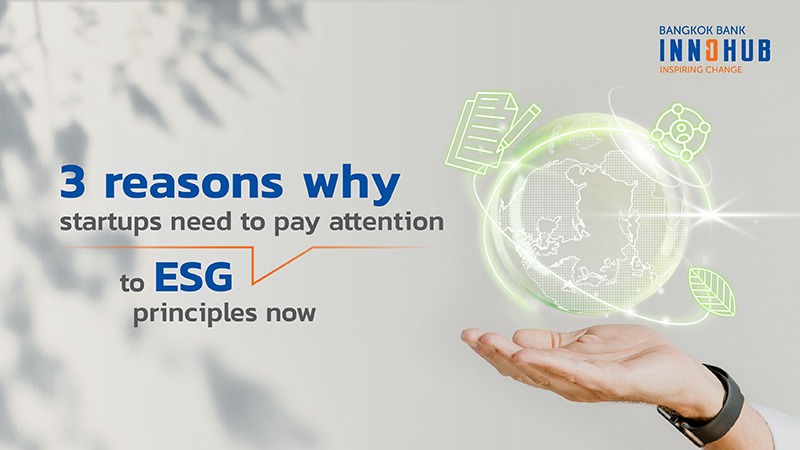 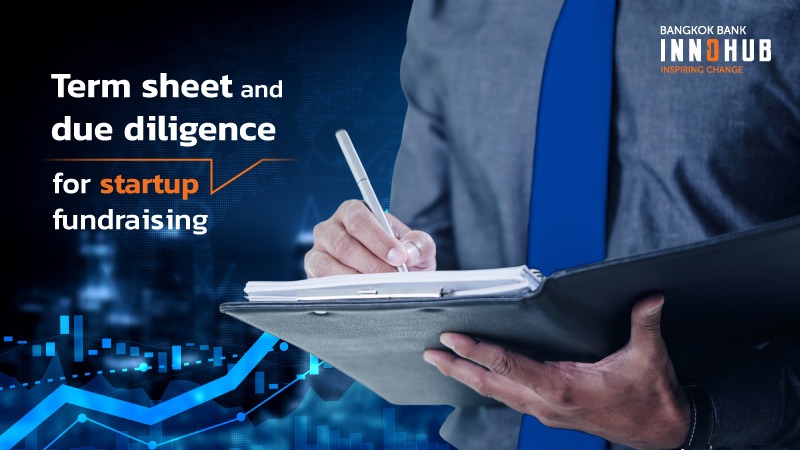 Term sheets and due diligence for startup fundraising 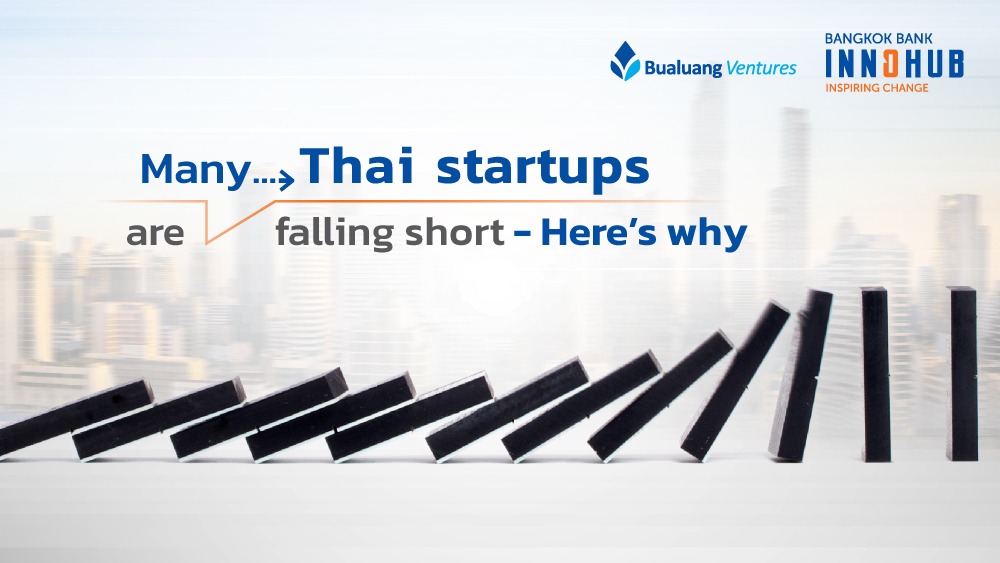 Many Thai startups are falling short – here’s why