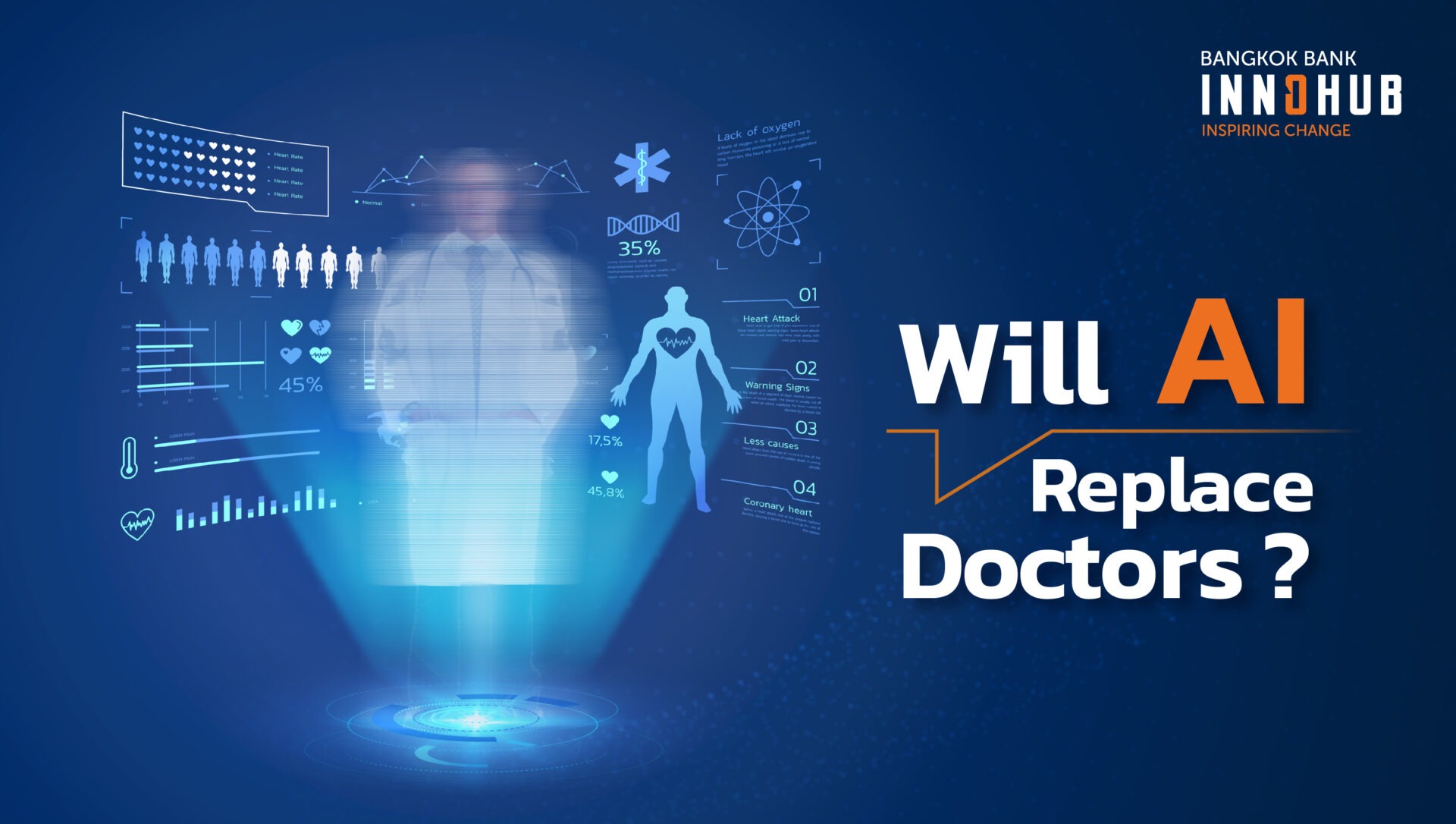 Even the most excellent doctors are only human. Studies have shown that in some areas artificial intelligence (AI) can significantly outperform their human counterparts – in both speed and accuracy.

A 2017 Cornell University study revealed that AI software can already diagnose breast cancer tumors far more accurately than expert human pathologists. The software proved to be 92.4% accurate, while medical experts could only reach an accuracy level of 73.2%.

Time and money also matter. Medical licenses are famously difficult to acquire as education requires a large investment and years of effort. Even with experience, it takes several minutes for a cardiologist to read an MRI. By contrast, a computer with the right software can give a complete analysis in seconds.

When solving complex math problems, we would be lost without computers and calculators. Could medical work also end up in the hands of machines, with humans needed only for less complicated tasks?

AI works by analyzing data sets to create adaptive algorithms. This process allows the software to learn instantly from patterns of data and apply the lessons to future cases. Recent advances have led to AI and automation taking over jobs in many fields, especially repetitive administrative tasks which can be iterated by an algorithm, such as filing patient forms.

In theory, AI can be programmed to perform any task centered on information processing, including X-ray image analysis and disease diagnosis. Due to AI’s ability to learn through repetition, the more practice it receives, the better it gets at identifying diseases. Geoffrey Hinton, one of the foremost experts on AI, said in 2016 that “it’s quite obvious that we should stop training radiologists,” as algorithms would soon be better at analyzing scans than humans.

Does this mean AI is here to take over from human doctors?

Not quite: Radiologists do much more than just look at scanned images. They review patient histories to chart their current health trajectories, while also counseling those patients at a time when they are vulnerable and most in need of guidance. Much of the value in healthcare comes from establishing a human connection with the patient, winning their trust and confidence and providing meaningful support during the treatment process.

By contrast, few of us get the same warm, reassuring feeling when calling a business and talking to an automated phone answering system.

Doctors do have limits, but so do their digital assistants. In many ways, the strengths and weaknesses of people and machines neatly complement each other – with human insight another valuable part of the equation. By recognizing the unique talents of people as well as software, the healthcare industry can take full advantage of both.

As AI diagnostic tools get closer to perfection and become certified by the Food and Drug Administration, they will likely take over tasks like image analysis and disease diagnosis in many cases. But everything that comes before and after these steps will remain comfortably, refreshingly human for a long time to come.