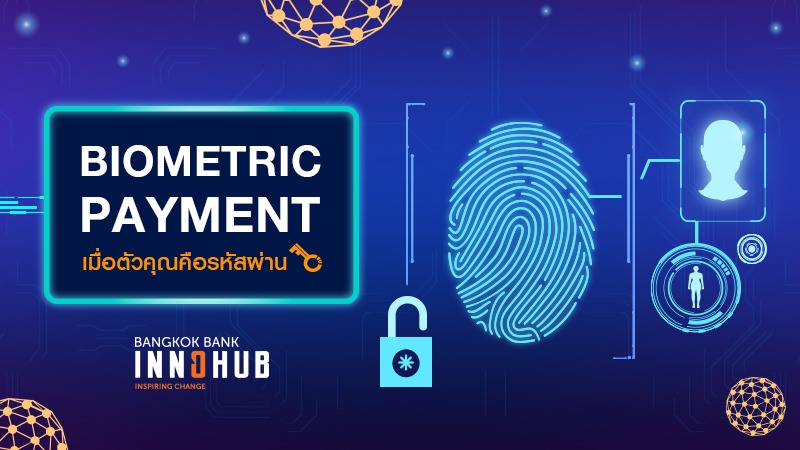 Thanks to advances in information technology new security systems have been developed for online transactions. One of these is “Biometric Payment” – a technology that uses biometric authentication such as fingerprint scan, retinal scan, movement scan and face identification, in order to identify users and authorize access to their devices. In the banking industry, this sort of technology was first used in 2017. If this kind of payment method can be widely adopted, it will become a game-changer with a huge impact on consumer behavior.
We are already seeing how Biometric Payment might work in China. Face++, a tech company founded in 2017, has developed the Face Landmark. It is a Face ID using 3D technology to increase accuracy when scanning human faces. This is not only efficient in recognizing and classifying faces but even works in a country with a huge population like China, resulting in an increase of Face++’s market value of up to a billion dollars.

After Biometric Payment became popular in China, Alibaba, one of the largest e-commerce companies in the world, decided to take Face++’s technology to another level by using AI technology to enhance the accuracy of Face identification for online transaction payments via Alipay and its online retail stores under a new name called “Face Pay”. Furthermore, Baidu, the biggest search engine in China, began using this innovative face identification as a payment method for the rapid transit system. According to internal testing by Baidu, the firm has confirmed an accuracy rate of 99%.

In Thailand, a few companies have tentatively began using Biometric Payment, such as with finger scans to authorize credit card transactions. However there are issues – for example people’s faces tend to change over time. There are also security concerns regarding information storage. To address these problems, firms are exploring more types of technology for Biometric Payment so as to be able to identify users in other ways apart from faces and fingerprints, and to prevent illicit access to this information. This should be the next step in developing Biometric Payment with the highest safety standards as we advance on the road to the cashless society.