AI vs Digital Ethics – can the two actually co-exist? 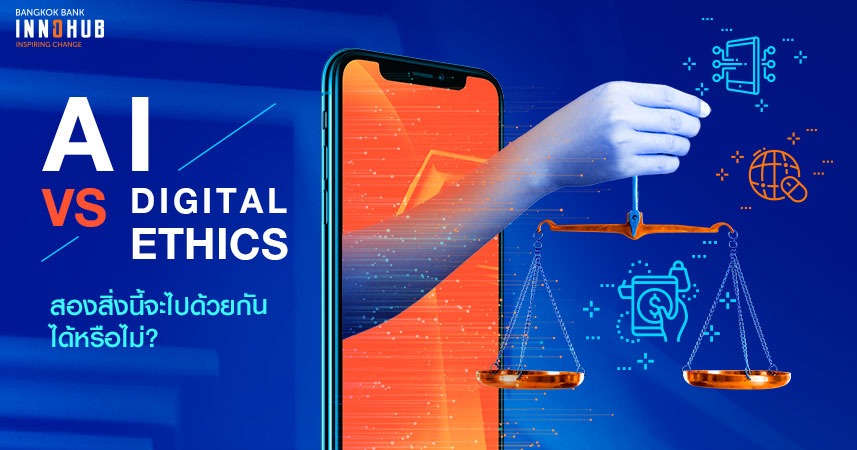 AI vs Digital Ethics – can the two actually co-exist?

Apart from laws, ethics are what keeps our society functioning well, so that people can live peacefully together.
We live in time when the exchange of knowledge and information is reliant on technology. Effectively it is an era of “Digital Citizenship”. But what does this actually entail? Being a digital citizen means being a person with various skills and knowledge regarding the use of the internet via different electronic gadgets (like tablets and smart phones) and participating on social network platforms (such as Facebook, Twitter, Instagram, and Line). A person with such skills should apply their abilities for the good of society.
How to be a good “digital citizen”

However, we all know that not everyone follows the rules, and some break them in the form of bullying. Discrimination against a person on the grounds of skin color, class, or religion, is a form of bullying. An example of such a case was the Columbine High School massacre that took place on 20th April, 1999. The attackers were two students, Eric Harris and Dylan Klebold, who were frequent targets of bullying in the school just because their obsession was a computer game called “Doom”. They chose to spend more time with their game after classes than with their classmates, so they became the constant targets for humiliation. One day, they found several automatic guns at home, so they brought them to school and started shooting indiscriminatingly. This resulted in 13 deaths and 24 injuries before the pair killed themselves.
As we live in the internet era, bullying is expanding, turning into “cyberbullying” which includes defamation, revilement, blackmailing, and exposure of personal information in order to hurt or embarrass the target.

Cyberbullying can be divided into 7 categories (according to nobully.com);

Digital Ethics and Privacy
In this digital era, where we are surrounded by various types of technology and artificial intelligence (AI), Digital Ethics and Privacy is being raised at all levels, with many sectors seeing its importance, especially governments and organizations which establish proactive campaigns to prevent possible problems. The World Ethics Forum was held to brainstorm and foresee the trend of technology in the future and also to plan for ways to deal with ethical problems that may arise in the future.
Google also tried to set up an AI Ethics Board to make suggestions and consider several types of risks that concern people. They are worried that AI might be uncontrollable in the future, with more development of technology as AI is equipped with more and more abilities to perform human tasks like medical examinations and treatment or vehicle control.

Robot and AI control laws
At the Technology Law Conference held by the International Bar Association (IBM) from May 18-19, 2017 in Brazil, there was a discussion about how the European Parliament’s Legal Affairs Committee has outlined laws for its member countries that determine the legal status of robots and AI as electronic persons. Moreover, they also set guidelines regarding the approach of member nations towards robots as follows:

One of the many worries that people have is that AI will kick humans out of their jobs. This already happens in some countries, for example, a hotel abroad has started using robots instead of human staff as it helps them reduce costs and creates a new experience for the guests. This can happen with many other careers, as AI might eventually replace human workers.
However, instead of being concerned whether laws and regulations will be able to control AI, one of the things we can do now is to plan to use it wisely in each organization. One good example of this is a start-up company called Vymo that has developed a customer relationship management system for sales persons using AI technology.

Anyone interested in InnoHub Season 2 can be processed via https://www.bangkokbankinnohub.com