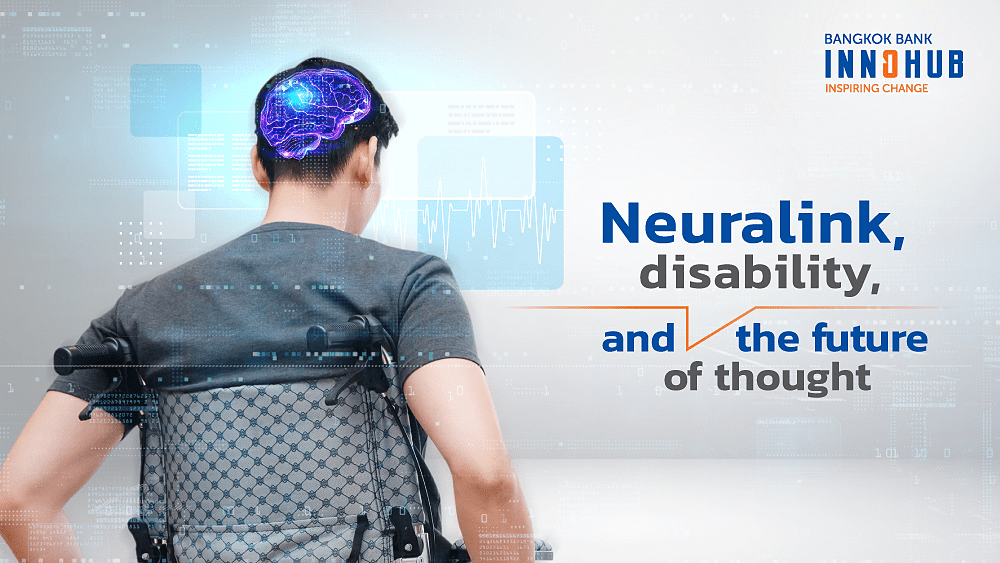 Few startups are as ambitious, and fearless, as Neuralink. The company is working to build tiny machines that merge with the human brain, with the ultimate aim of creating a seamless boundary between the human mind and a special type of microchip augmentation.

As with other projects overseen by Elon Musk, Neuralink aims to raise the ceiling for humanity’s potential. Musk points out that our thoughts move much faster than the fingers we use to type with, or the mouths we use for speaking. Eventually, people equipped with a Neuralink device will – theoretically – be able to learn and communicate at the speed of thought, without any words needing to be written or spoken.

Though it remains to be seen whether this concept ever makes the leap from science fiction to reality, another Neuralink initiative could be just as important – and it’s already moving quickly toward real-world success. Before raising humanity’s ceiling, the initial goal of this endeavor is to raise the floor. If all goes well, Neuralink devices may soon help people around the world overcome even the most severe physical disabilities.

To understand how, we need to look closely at what Neuralink is doing, and how much it has already been able to achieve.

Neuralink is based on a relatively simple theory, tied to enormously complex engineering challenges.

The theory starts with the observation that all voluntary movements originate as electrical signals in the brain. After these signals are passed down through the body’s nervous system, the body interprets and transforms them into action.

Neuralink’s insight is that a specialized device, if carefully implanted, could detect these signals as they pass – and learn to associate them with the specific body movements they bring about. By collecting and re-transmitting these same brain signals, such a device could help its user bypass paralysis or disease, and regain control of their  body.

The hard part is actually creating the device. The brain’s internal language is poorly understood, and there is very little room in people’s heads to safely implant anything. Neuralink’s solution is to drill a small hole in the skull, about the diameter of a coin, and surgically insert a battery-powered device that can recharge wirelessly.

Though Neuralink itself was formed less than five years ago, the results of its work are already – pardon the term – mind-blowing. The video below shows a monkey playing video games with a simple joystick controller, while drinking a banana milkshake as a reward for playing. The twist is that he plays just as well when the controller is unplugged, using only Neuralink’s brain signal intercepts to move the cursor back and forth. We then see him playing a harder game with the controller removed entirely:

One small step for a monkey, and one giant leap for machines.

Neuralink expects that its devices will soon learn to interpret more complex human behavior, to the point where people with disabilities can move their own bodies freely by sending signals from their brain to an implanted computer. From there, the device would “use to stimulate nerves and muscles in the body, thereby allowing the person to once again control their own limbs,” according to a company blog post.

Facilitating body movements could be just the beginning of Neuralink’s achievements. Some speculate that its devices will one day restore vision to the blind, improve hearing, cure epilepsy, and more. According to Elon Musk, “it could, in principle, fix anything that’s wrong with the brain.”

And since our minds work roughly the same way across human populations, Neuralink believes new users will learn to control the device after relatively little training.

To the limit of our imaginations

If two-way communication between brains and Neuralink implants ever becomes seamless, and true synergy between people and machines is achieved, then users could benefit from the best of both worlds.

We could control computers with just our thoughts, rather than keyboards, trackpads, and touchscreens. We could search the internet as easily as we search our own memories. People with paralyzed or missing limbs could regain full range of motion. Simply by thinking of an action, Neuralink’s brain-machine interface could help us complete it. Such a breakthrough could fundamentally change the human experience.

But there are caveats. For a single type of function, the Neuralink device can be small. For a more complete synthesis between person and machine, more (or larger) devices will be needed.

Moreover, climbing this mountain of technological achievement will require a lot of steps – and despite the admittedly impressive monkey demonstration, Neuralink is still closer to the bottom than to the top.

But this startup does have the world’s most ambitious, and fearless, entrepreneur guiding it forward. After pushing banking into the internet age (PayPal), creating one of the world’s most important car and energy companies (Tesla), revolutionizing space travel (SpaceX), and digging urban transport tunnels beneath cities (The Boring Company), Elon Musk has shown a singular ability to invent a better version of this modern world.

If future Neuralink devices work as advertised, they could represent his greatest achievement of all: Giving the rest of us the freedom – and the ability – to create a better version of ourselves.