Smart contact lenses: Recording videos with a blink of an eye 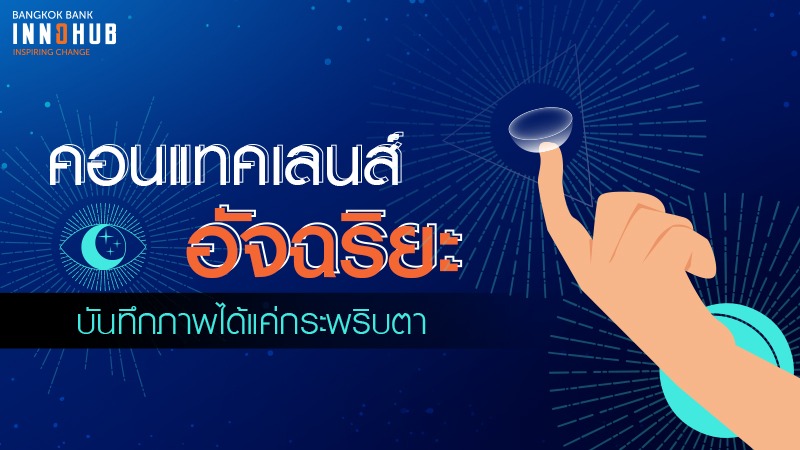 Smart contact lenses: Recording videos with a blink of an eye

A tiny camera that could allow us to record images by sight might sound like the stuff of science fiction, but this advanced technology could exist in the near future. The world’s leading technology giants, such as Google and Samsung, and researchers from renowned universities, are working hard to make this technology happen. Known as intelligent contact lenses or visual wearables, this revolutionary product has been predicted to garner a global market of up to $7.2 billion by 2023.

Recently, Sony successfully patented a smart contact lens innovation using a technology called a piezoelectric sensor, which works by detecting the kinetic energy in the vibration caused by the blink of an eye and converting it into an electrical signal. It also measures the blink’s duration: the lens will only take a picture when users deliberately blink for longer than 0.5 seconds, a much longer duration compared to regular blinking which lasts between 0.2-0.4 seconds. Much like a camera, Sony contact lenses also come with automatic focal and aperture adjustments as well as a zooming function. These contact lenses are powered by electromagnetic induction from magnetic fields emitted from a smartphone or a computer.

In addition to taking photos and videos, Sony is also looking to develop contact lens for AR displays, which if successful will be considered another revolution in the AR gaming industry and increase the ease for us to use AR and VR technology in everyday life.

These contact lenses could also go a long way in helping people living with visual impairment. Some companies including Sony are exploring using intelligent contact lenses for medical purposes, with these being able to treat common eye conditions better than conventional contact lenses.

On the other hand, although this technology is useful in many ways, several issues make their implementation complicated, especially those surrounding privacy. Without strict measures to prevent misuse or adopt regulations, situations may arise such as unwanted displays of advertisements during AR sessions or having our photos taken covertly by people wearing smart lenses. Moreover, if this device is used to encroach on personal information or record copyrighted data, it may become a criminal tool. Like other technologies that have both benefits and disadvantages, manufacturers, governments and consumers should work together to create safeguards so that this new technology will not be abused.Read more >> Know your customers better with VR Eye-tracking technology